StampsRhistory.com
​VIETNAM 1
Welcome
After viewing the video, please answer the questions below.
Answers are below the questions. 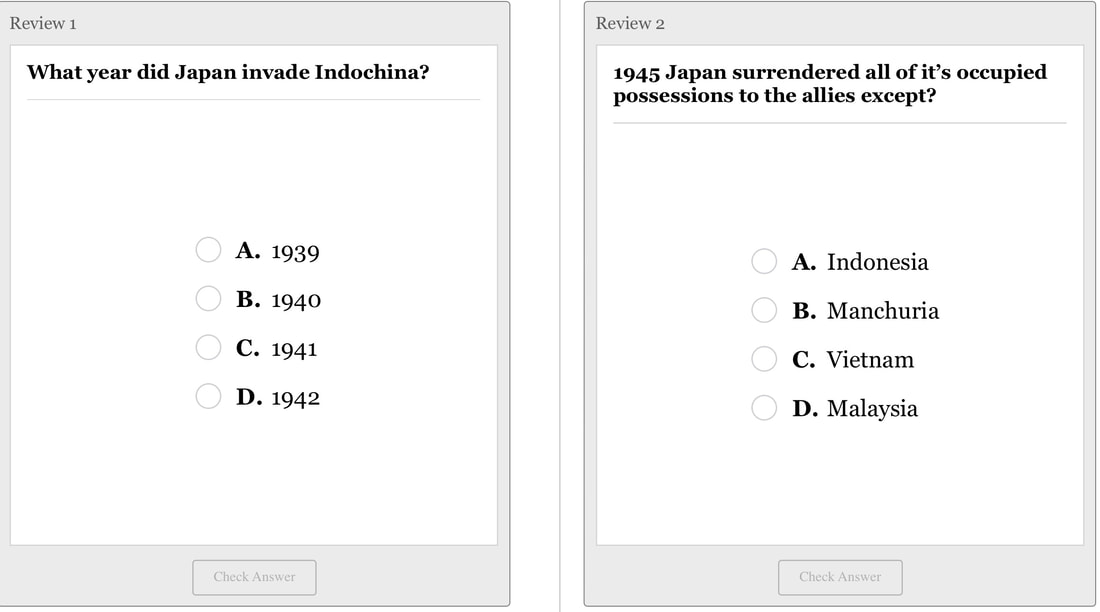 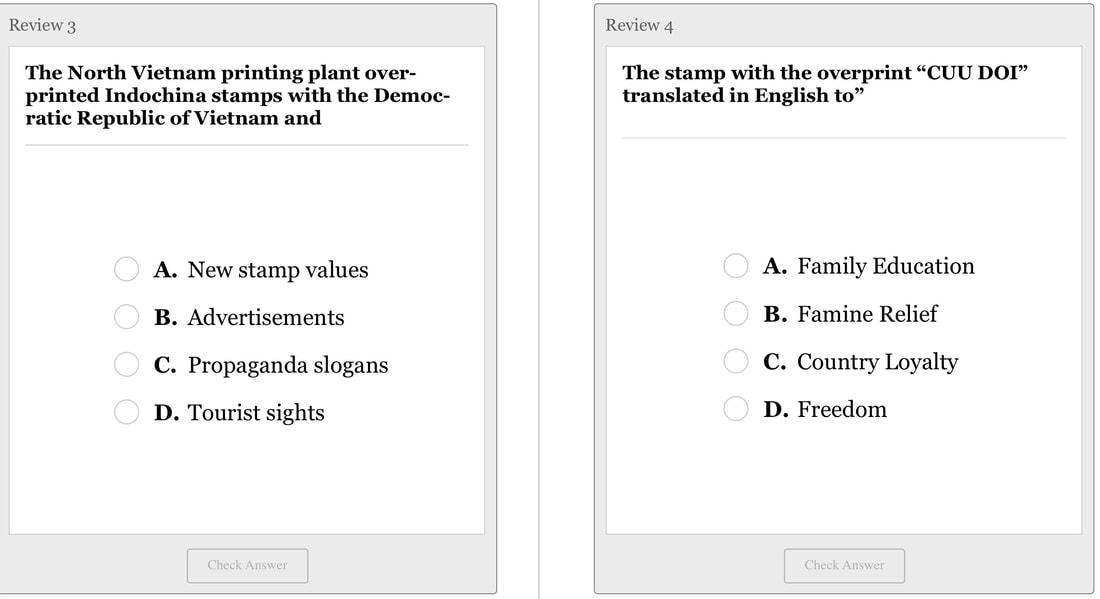 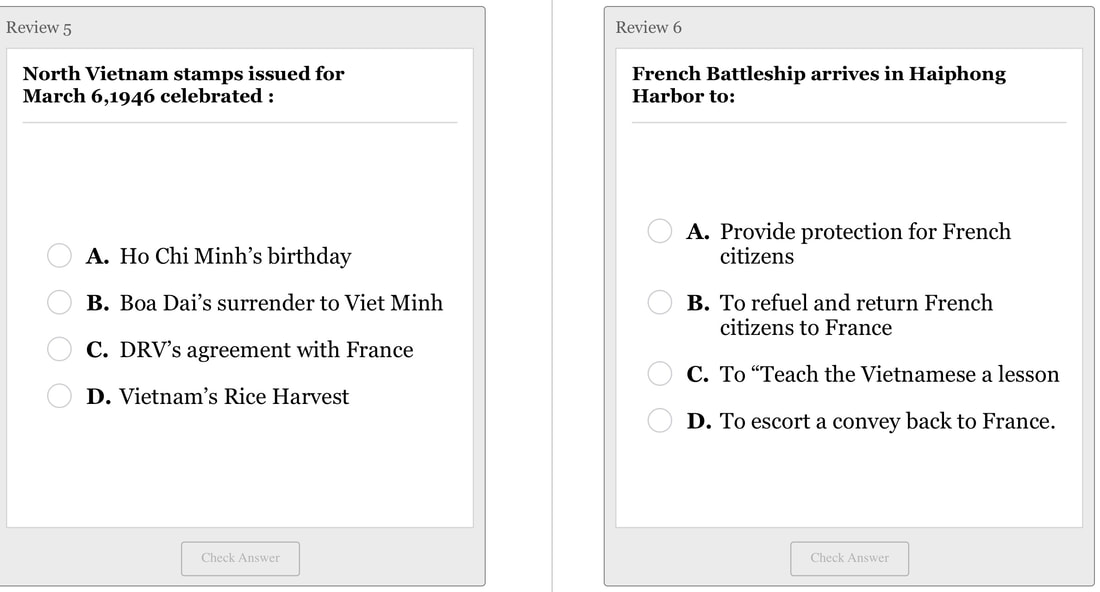 Question 2 = C.
Japan by not surrendering Vietnam to the Allies.  allowed Japan to surrender to HoChi Minh’s new government (DRV) comprised of both communist and Vietnamese nationalists.
--------------
Question 3 =  C
The overprinting of the French Indochina stamps with DRV propaganda slogans proclaimed the DRV’s control of Vietnam as the result of the Japanese surrender to the DRV.
--------------
Question 4 = B
The overprint of “Famine Relief “ in Vietnamese recalled the 1944 famine killing more than one million North Vietnamese. The famine caused by the mismanagement  of land by the Japanese and French.  Th only relief given during the famine to the North Vietnamese was by Ho Chi Minh’s party.
-------------

Question 5 - C
The French agreed to a March 6, 1946 document proclaiming the DRV as an independent government.
The French were allowed to stay in Vietnam for another 5 year transition period. The French had no intention of leaving but needed time to build their forces in Vietnam.
--------------

Question 6 - C
Seven months after the agreement was signed by the French a battleship harbored in the Haiphong harbor fired point blank into the city of Haiphong. The shelling killing 6,000 civilians marked the unofficial start of the French Indochina War-